“For these reasons, I condemn the delegation from Saudi Arabia and urge failure,” said Central Magnet junior Hardy Gardner at the YMCA Model United Nations conference last weekend. Gardner represented the United Kingdom in the General Assembly, where students debate resolutions about global problems. Central Magnet School has been attending Model United Nations, and its state government counterpart Youth in Government, conferences for quite some time. Last year, the Model United Nations and Youth in Government conferences were virtual on Zoom. Regardless of format, Central Magnet students always win a number of awards and officer positions in the five components: General Assembly, International Court of Justice, Security Council, Secretariat, and Press.

In the biggest component at Model UN, the General Assembly, students are assigned a country to research and represent. They will write a resolution asking the United Nations members to help with an international issue. Gardner’s group, for example, wrote about reducing oil dependency. At the conference, delegates, or students, will present and vote on these resolutions after rounds of exhilarating debate. The delegates from Central Magnet held their own in the General Assembly, even when they were called to the Security Council, one of the United Nations’ tools for reviewing resolutions.

It is also important to recognize the performance of Central Magnet lawyers in the ICJ. The International Court of Justice is renowned for being the hardest yet most rewarding component of Model UN. If you know what a lawyer is, then it’s easy to understand the ICJ attorneys: lawyers that argue for the world. The International Court of Justice hears and rules on disputes between member states and offers advice about things that are not technically in the jurisdiction of the court.

This year nine lawyer teams, including five from Central Magnet, argued the case of Botswana versus Namibia from 1996, in which there was a border dispute; both countries claimed to have sovereignty over Kasikili/Sedudu Island. The lawyers had to argue both sides with six justices presiding over them, asking questions and eventually making a ruling on who won the case. Central Magnet students worked hard to argue the model case, and their achievements allowed them to proceed to the final case. All of the teams debated hard, and, in the end, four teams were sent to the final case. Usually, four teams with the highest scores, two advanced and two novices, receive a brand new case Saturday night and argue it Sunday morning. This year, the four teams chosen involved Rothe/Pelham and Grey/Olson from Central Magnet. The teams got to choose their side of the case at around 11:00 pm after a comedic coin toss attempt by justices Yao Xiao and Arnav Reddy. The teams from Central Magnet chose to argue on the side of Hungary in the Hungary v. Slovakia case.  This case dealt with a disagreement between the aforementioned countries due to Hungary leaving a treaty that said they would help Slovakia build a dam. The countries not only argued whether Hungary was legally allowed to leave the treaty, but also whether Slovakia was justified in their retaliation against Hungary after they left. The teams stayed up as late as 4:30-5:00 am researching, but nevertheless, both novice and advanced teams from Central Magnet won their cases.

As stated by Mr. Brooks, “We done good!” 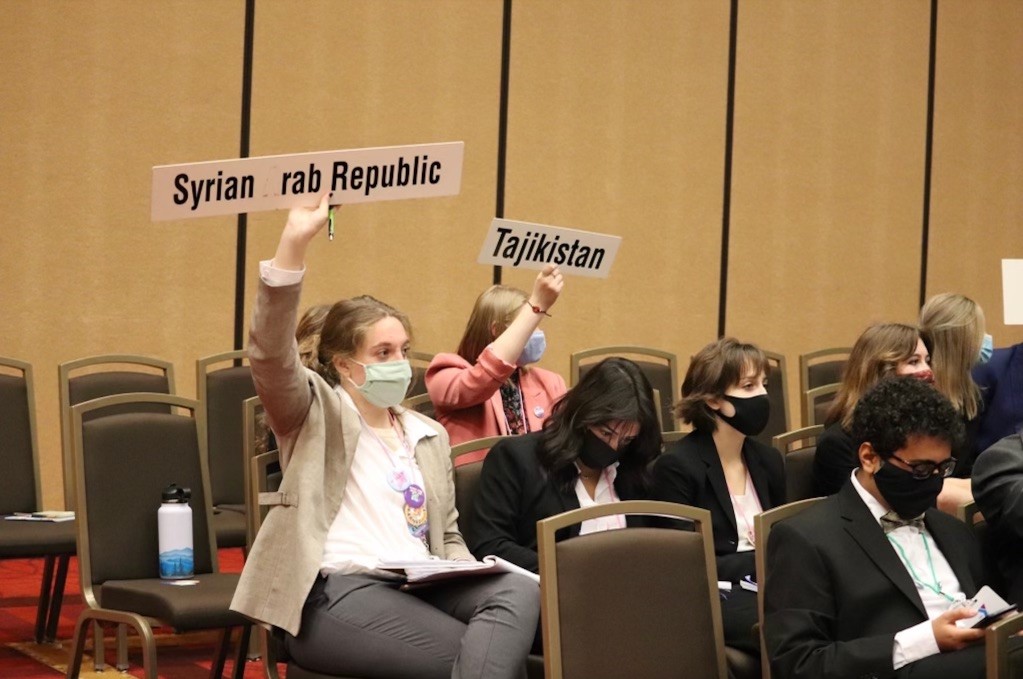 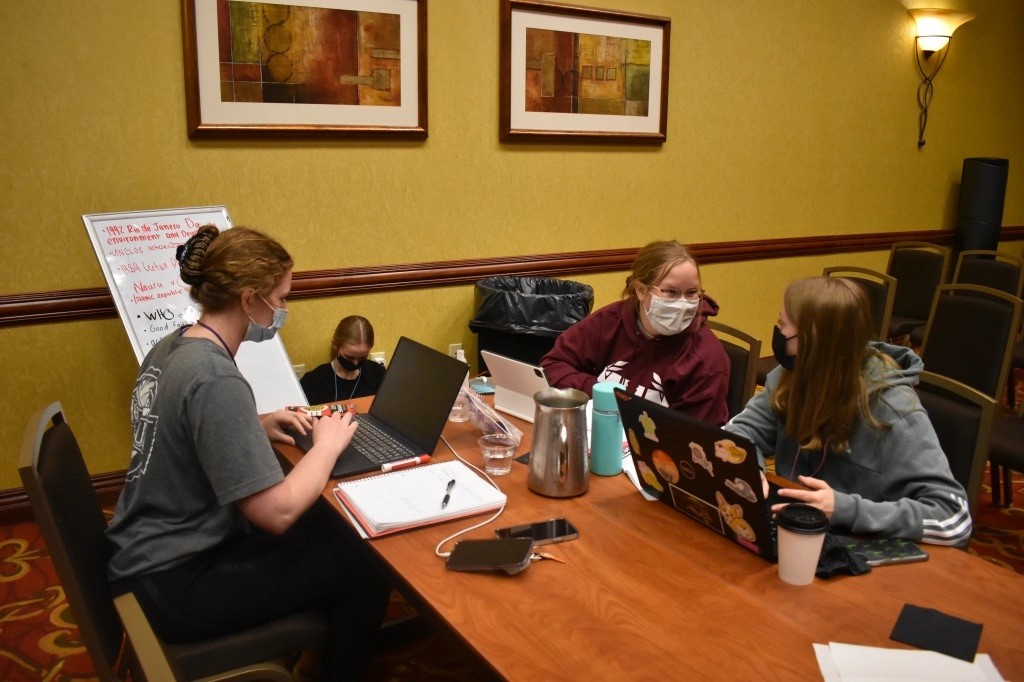 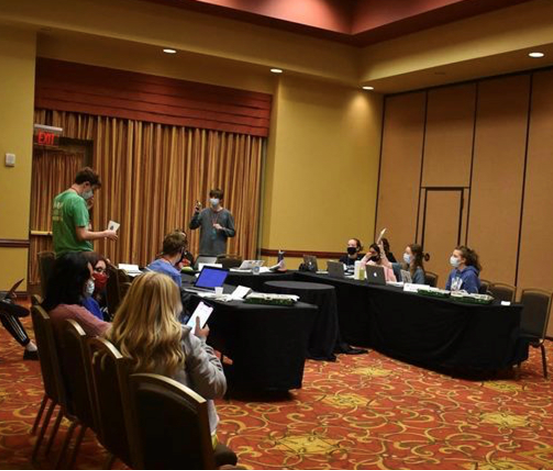